The day began with a Languages assembly led by Modern Foreign Languages Student Leaders, Annabelle Atkins and Issy Hughes. The girls recorded a video which was shown to the Year 8 students during tutor time. They both did a fantastic job speaking about the importance of learning an additional language and shared interesting facts about different cultures.

Another event organised to promote MFL across the school, was a Languages and Culture Quiz that students could complete over the course of the week during tutor time. Many tutor groups took part, but the winners were 11RT who showed great knowledge on foreign famous people, foods and other categories.

The Y7s participated in a Photography Competition to showcase their various travels and also had a lesson on the importance of learning foreign languages delivered by their French/Spanish teacher. This was followed up with a TED talk on this topic.

Finally, all students were invited to share the app ‘Challenges’ where they could practise their languages skills in a more interactive way.

The Languages Faculty would like to thank all the students and staff that were involved in the success of the day. It was great to see the passion for languages and different cultures and we look forward to celebrating languages again next year.

For prospective parents wishing to find out more about the opportunities at Weydon School, please visit the website for full details : www.weydonschool.surrey.sch.uk 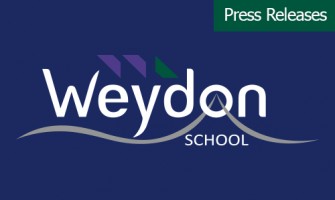