Dr Palmer was welcomed onto the site by the school’s Year 9 and 10 Politics students, all of whom were incredibly intrigued to hear about the former politician’s experiences.

The talk covered a wide range of topics, ranging from the former politician’s induction into politics and the career path that followed, a breakdown on the role of an MP as well as an overview of the political system while referring to current affairs.

The talk was incredibly insightful and well received, with students and staff alike having the opportunity to put forward their own questions at the conclusion of the talk to the former Labour MP.

Weydon’s careers coordinator and organiser of the event Mrs Hutchinson commented on the talk saying,

“It was wonderful to have Dr Nick Palmer come in to speak to our Year 9 and 10 Politics students today.  Nick was an MP for 13 years and is an elected member of Waverley Borough Council and leader of the Labour Group.  It was a wonderful opportunity for students to hear about his experiences in the House of Commons, his work on a select committee and on a more local level, to learn about how political parties co-operate and work together.  Nick encouraged students to develop their own ideas and to vote for what they believe in. Thank you to Nick for providing a fantastic insight into a career in Politics.” 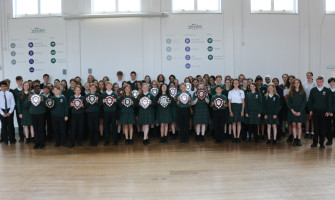 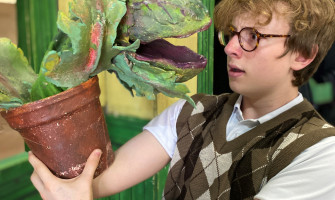